For a long time now I’ve been obsessed with suburban and exurban master-planned communities and how to make them better. But as the economy and the mortgage crisis just seem to get worse, and gas prices continue to plunge, the issues around housing have changed dramatically. The problem now isn’t really how to better design homes and communities, but rather what are we going to do with all the homes and communities we’re left with.

Read on @ The New York Times 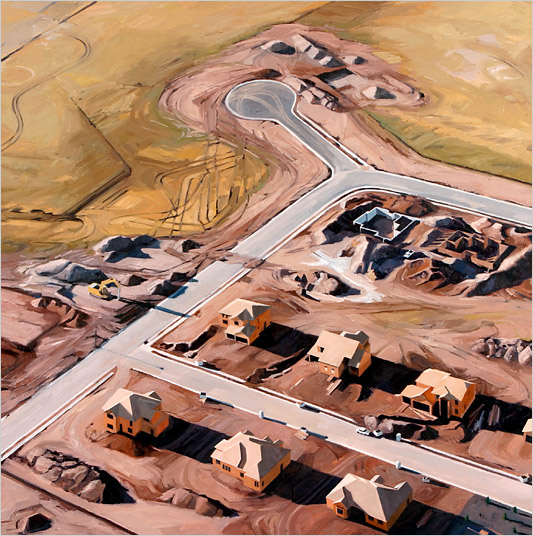 I still dream that some major overhaul can occur: that a self-sufficient mixed-use neighborhood can emerge. That three-car-garaged McMansions can be subdivided into rental units with streetfront cafés, shops and other local businesses.

In short, that creative ways are found not just to rehabilitate these homes and communities, but to keep people in them.

The Roslyn Country Club is in danger and we can’t just ignore it.
Let’s be a concerned community and spread the word.

Thanks you attending the Roslyn Country Club Civic Association meeting held on October 20, 2010. A great turnout of around 100 people were able to make it out during the Yankee game. It was reassuring to see such a respectable turnout.

If you were not able to make it, for whatever reason, the Civic Association requested each of us to contact Supervisor Jon Kaiman or Councilman Tom Dwyer and ask them to work with us saying something to the effect of “I would like the Roslyn Country Club to re-open and would greatly appreciate your support in whatever way you can help.”

We need them to want to be involved to help fix the situation, and they have to feel that we are paying attention and want their involvement. Please do this as soon as possible and help spread the word to your friends.

Also, can you help your neighborhood in any volunteer capacity?

Five officers of the Civic Association can’t effectively communicate with 700 people. We would love for your involvement!

Block captains would be a great asset. Some kind of phone chain or modern equivalent, like the schools use in emergencies, would be very helpful.

The Town of North Hempstead seems to be interested in taking this challenge on.

If the town officials are invited to attend the next meeting we need a full auditorium of informed, cooperative residents – ideally with some form of consensus amongst the community.

Let’s get this going! Time keeps slipping through the neighborhood. Now is the time to create the change in our neighborhood that we want.

The animals that once lived in the wilderness of our suburban neighborhood before the town was built might be long gone, but much life still exists. Don’t be afraid to pay the cost, for what we’ve lost.

This place has changed so much, since I was a little child. Now is the time to set some things right.

I don’t want to be around to see the death of everything that’s wild.